Read our Manifesto For Stirling and you’ll see Labour have a vision for Stirling’s future and a track record of success.

We need local Labour champions who will drive Stirling forward.

Stirling deserves better than SNP candidates who won’t even stand up to their own party and the damage the SNP Government are doing to local services.  Stirling Council’s budget has been CUT by £2.6 million this year by Nicola Sturgeon.

Stirling deserves better than Tory candidates who are following an increasingly right wing austerity agenda.  Send a message to the Tories that Scotland is shamed by the Rape Clause they’ve introduced.

Vote Labour and you’re voting for a plan to build hundreds more social homes across Stirling’s communities over the next four years.

Vote Labour to help re-regulate busses to ensure they run to community not commercial priorities.

Vote for local Labour champions on May 4th. 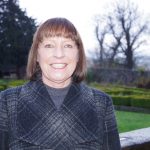 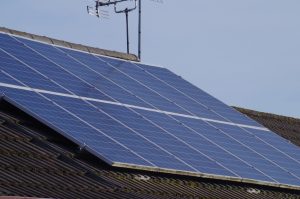 Scottish Labour Leader Kezia Dugdale was in Stirling at the weekend to open our campaign office for the forthcoming Stirling Council Elections.  Kezia joined candidates and activists at the shopfront in Riverside before heading into the city city to listen to voters and talk about Labour’s achievements in Stirling since taking charge of Stirling Council in 2012.

“the Stirling Labour-led Administration on Stirling Council has much to be proud of over the last five years, including becoming the first Local Authority in Scotland to be accredited as a Living Wage Employer and the first to introduce 600 hours of free pre-school childcare.  Add in two new primary schools, two new nursery schools and over 300 new council houses and a new Care Village and we know that Labour has been delivering for the people of Stirling.  With hundreds of millions of investment on the way to Stirling with the City Deal, I can’t wait to see what Labour Councillors will deliver over the next five years.”

Jennifer Preston, one of Labour’s two candidates for the Stirling North ward, which includes the city centre, said,

“It was great to see Labour students and elderly residents in animated conversation over the need for a regulated bus service that puts people before profit.  We talked about the need to ensure landlords treat tenants fairly and the benefits of a real living wage.  We also heard from local businesses about the concern they have over the Kerse Road bridge closure and the impact it could have on the city.  May’s election is about standing up for local services and having a vision for Stirling.  Labour always have and always will stand up for the people of Stirling.”

Stirling’s Labour politicians have reacted angrily to the news in Tuesday’s papers that the SNP Government pressured their own Poverty Adviser into deleting criticism of SNP policies that disproportionately affect low income families.

SNP Government advisor Naomi Eisenstadt has admitted that she complied with some requests from officials to change the wording of her findings before they were released to the public last week, despite SNP claims that she is completely independent. 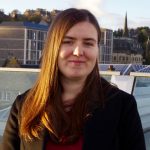 “It is appalling that the SNP want to censor a report that they commissioned that could help low income families.  An SNP commissioned report that said that Local Authorities provide a range of vital services and these tend to be most used and most valued by households on low incomes.  An SNP commissioned report that said any reduction in these services would be damaging for low income households and for the strength of some local communities.  It is unbelievable that SNP politicians then went on to cut hundreds of millions of pounds from Local Authority budgets.  It is flabbergasting how little regard the SNP have for people who don’t toe the party line and worse, how little regard they have for those people most affected by the cuts across the country and across Stirling, including those in Raploch, Cornton, Top of the Town and Causewayhead.”

“This is damning evidence that not only are SNP policies harming the most vulnerable in our communities, but that SNP politicians are trying to cover it up and keep the public from learning what their own appointed experts think.  Stirling MSP Bruce Crawford needs to urgently clarify what he knew of this report prior to publication and if he thinks it is acceptable to censor expert opinion in this way.  We’ve been saying for years that the SNP’s brutally unfair approach to Local Authority funding is hurting those who can least afford it and now even SNP appointed officials agree with us.  When will the SNP stop trying to blame everybody else for the cuts to local services and start listening to the experts who say it is SNP policies that are the cause of the problem.”

The SNP Government Report, “Independent Advisor on Poverty and Inequality:  Shifting the curve – a report for the First Minister” was published on 20th January and is available to view on the government website. 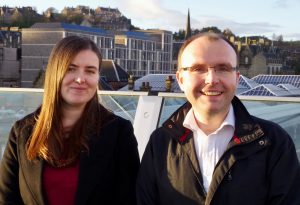 Danny  currently represents Stirling East on Stirling Council where he also serves as Environment Convenor. He lives in Riverside with his wife and young son. Jennifer is a new face to local politics.  Jennifer lives in St Ninians with her partner Lawrence and is an Area Sales Manager for a manufacturing company.