The Labour Group on Stirling Council have set the wheels in motion to create a new charitable trust to take over the operation of Sport and Leisure services in the district. It follows a tendering exercising in which only two bidders came forward, neither of which Labour’s councillors judged to deliver best value for public funding.

One of the two organisations bidding was Active Stirling, an independent charitable trust set up by Stirling Council to run Leisure Services a number of years ago. However, Active Stirling chose to submit a bid for the new contract in partnership with an organisation who operate in the private sector. The other bidder also approached the tender from a commercial background.

“One of the first actions Labour took in 2012 when we regained control of Stirling Council from the SNP was to make it council policy not to commercially outsource council services. It would appear that the structures behind both bids received for this contract breach the original ethos of having a Stirling-based, independent, not-for-profit model which would reinvest any surpluses back into local sports and leisure programmes. With this in mind, and given the uncertainties over the length of the contract and company structures of both bids, the Labour Group took the view that neither organisation submitting a bid sufficiently addressed the issues around best value and we voted to stick to our principles of keeping council services out of the hands of private, profit seeking companies.”

Instead of voting to back council officer recommendations, the Labour Group introduced an amendment that instructed officers to: 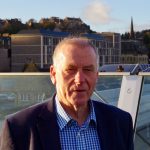 “Neither of the bidders put forward a plan that gave the Labour Group the confidence to award them one of the most expensive and longest contracts Stirling Council has ever considered.   This is about more than running “The Peak; it is about ensuring sport and leisure be used to reduce risk factors that can lead to health and other inequalities. It is about running community services such as the small gym at the Raploch Campus or swimming lessons across Stirling’s high schools.   Today Labour have taken steps to protect publicly run, publicly accountable leisure services while safeguarding tax-payers money.”

“The SNP Group have been using their time this week to score cheap political points against other parties. The Labour Group has been working hard to find a solution to a problem. Voters recognise and value leadership, which is what Stirling Labour have been yet again providing. Irrespective of some of the nonsense being spouted by the SNP this week, it was nonetheless positive that all political parties supported Labour’s proposal.”