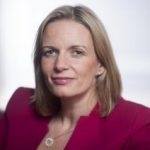 Stirling Council Leader Johanna Boyd has penned an open letter to all Stirling residents on the implications of this year’s budget motion, due before all councillors on Thursday 23 February.

Next Thursday, I will propose a budget motion at a full council meeting, my fourth budget since becoming Stirling Council Leader.  In my first three budget motions, I moved that there should be no increase in the Band D council tax level.  The 2017 budget will be no different.

But council tax is going up in 2017.  Councils can only set the rate for Band D properties, with the seven other bands set as a proportion of the Band D rate.  The SNP Government can change these proportions and this year have chosen to do so.  From April the SNP have decreed that Band E-H properties will see their bills increase by 7.5%, 12.5%, 17.5% and 22.5% respectively.

None of your councillors had any say in this council tax rise.  Just as we have had no say in the last nine years of council tax freezes.

The SNP Government have effectively frozen council tax for a decade by threatening any council who raised it with severe financial consequences.  Can you imagine how Nicola Sturgeon would react if Theresa May said she would cut the Scottish Government’s block grant if the SNP tried to raise taxes?

Since I became Council Leader I’ve said we need a grown up conversation about local taxation.  This isn’t a conversation; this is an SNP decree that will hit families hard. The Labour Group can’t in all good conscience compound the SNP rises further which is why we’re not making changes to the Band D rate.

Finance Minister Derek Mackay had the audacity to propose reducing the block grant to councils by 3% to try and force us into making a 3% rise.  Scotland’s locally, democratically elected councillors of all political parties are accountable to their communities and they should be free to make their own decisions on council tax.

Whoever you voted for in 2012, you voted for them in the expectation that they would be able to represent you here in Stirling, not be forced to implement the wishes of SNP ministers in Edinburgh.

While most of us accept that the time has come for the council tax to rise, many have been shocked by the size of the increases they face.  Rather than modest rises over a longer period, the SNP Government have frozen rates for a decade and then suggested that it is acceptable for some families to face a 26% rise in one year.

Why didn’t the SNP bring in the increases more gradually?  Why didn’t the SNP engage with councillors (including ones from their own party) who have been telling them for years that the freeze has massively damaged council services?  Why, when Alex Salmond said in 2008 that the council tax was an unfair tax, is it still here?  Why, when the SNP repeatedly called for it to be replaced, has nothing been done in a decade?

Perhaps that’s something you can ask them when they come knocking on your door looking for votes in the run up to the council elections on May 4th.