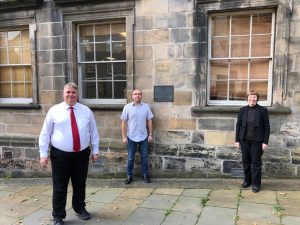 In 1819 and 1820, the working classes around the UK were demanding sweeping reforms to government and laws to give more representation to more people.  Revolution was in the air by April 1820, leading a group of weavers to march from Condorrat towards the ironworks at Carron in an attempt to procure weapons for an armed conflict.  They were intercepted by Government forces at Bonnymuir, with many arrested after a short battle.  Keen to ensure the public were aware of the penalties of an uprising, a series of trials were held with most of the radicals sentenced to transportation to Australia.  However, the two leaders, John Baird and Andrew Hardie, were sentenced to death by beheading, with their sentence to be conducted in public at Stirling.

On 8 September 1820, Baird and Hardie were executed outside of the Tolbooth, the last in the United Kingdom to be beheaded as a punishment.  Andrew Hardie spoke to the small crowd in Broad Street, saying ‘our blood being shed on this scaffold is for no other sin but seeking the legitimate rights of our ill-used and down trodden beloved Countrymen’. 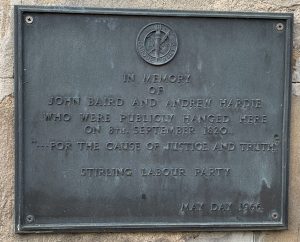 The cause of electoral reform continued, leading to the 1832 Scottish Reform Act.  In 1835, Baird and Hardie were given a posthumous pardon.  In 1966, the Stirling Constituency Labour Party erected a plaque on the wall of the Tolbooth at the spot where the execution took place, with the plaque become one of the focal points for commemorations of the Radical Uprising.

On the 200th anniversary, Labour Councillors Danny Gibson, Chris Kane and Christine Simpson came to Broad Street to pay their respects.  Earlier Cllr Simpson, in her role as Provost of Stirling, laid a bouquet of red roses under the plaque.

‘After the execution, the Sheriff is quoted as addressing those gathered with the words ‘go quietly home and read your bibles and remember the fate of Hardie and Baird’.  They certainly did remember Baird and Hardie, but used their sacrifice as a catalyst for change. Today, Baird and Hardie are rightly remembered as working class heroes and key figures in the early struggle for workers rights.  They were pioneers on the path towards the creation of Trade Unions and the Labour Party.’

The Stirling Constituency Labour Party had hoped to dedicate a new plaque on the anniversary, but Covid-19 restrictions have meant these plans have been put back until 2021. 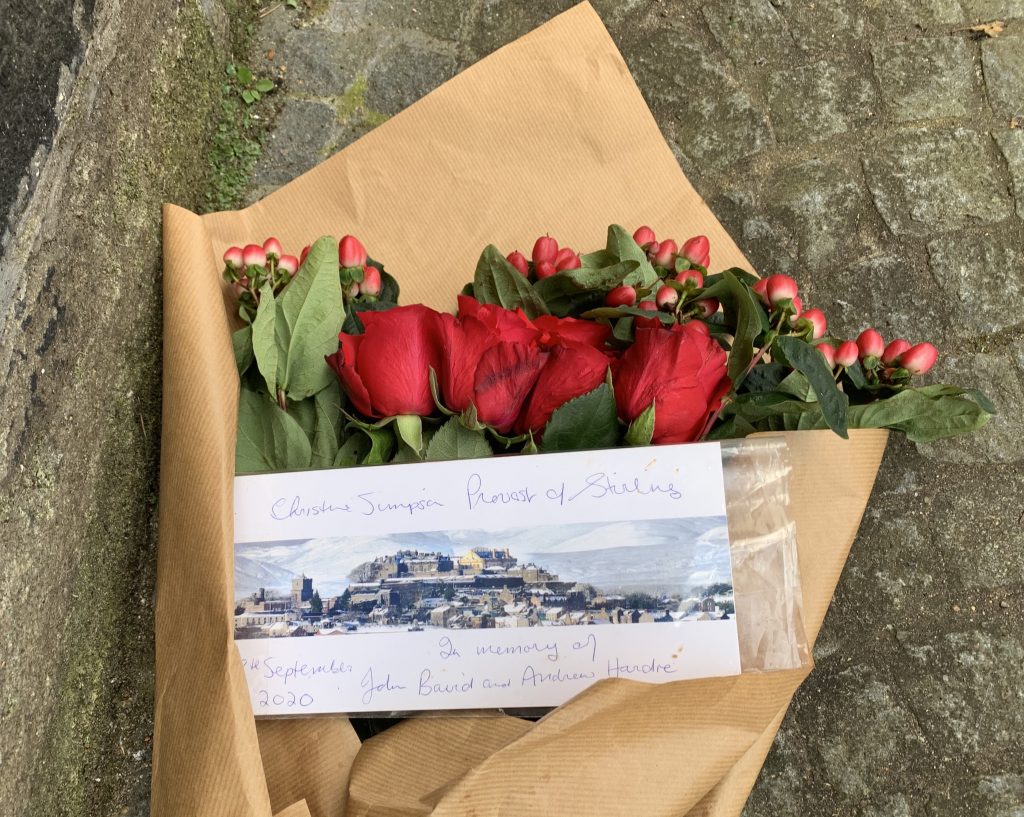